Research supporting pretend play in preschool found to be flawed 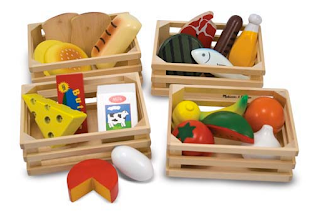 Study after study has suggested that engaging in pretend play contributes to healthy development, especially in the areas of creativity and intellect. A recent review of research conducted by University of Virginia, published in the journal Psychological Bulletin, suggests that idea is not founded in valid research. Should this new information lead to taking pretend and fantasy play out of the preschool setting? Not necessarily.

Angeline Lillard, a professor at the College of Arts and Sciences, lead the review and research that came to this conclusion. She states that any of the previous “evidence” and research was found to be flawed since there is no way to tell if the testers were biased by previous information. Having said that, Lillard also indicates there could still be correlations in development, just not the ones previously believed.

"We found no good evidence that pretend play contributes to creativity, intelligence or problem-solving," Lillard said. "However, we did find evidence that it just might be a factor contributing to language, storytelling, social development and self-regulation."

Lillard does note that pretend play is clinically important for toddlers (ages 18 months to two years). The absence of pretend play in toddlers can be an indicator of neurological concerns such as autism, which should be discussed with a professional.

The benefits of pretend play are difficult to quantify simply because there are so many factors involved that it would be almost impossible to control for them all. In addition preschool children do not necessarily respond correctly to standardized testing. What we do know however is there are several outcomes parents and teachers can expect for allowing and encouraging pretend and fantasy play with preschool children.

Pretend play includes not only the typical house area in preschool, but a variety of other situations where children are encouraged to pretend. Oh Look it's a box! We're in a restaurant today. The fire fighters will help put out the fire. And on and on with no limits besides the children's imagination.

While participating in pretend play, children are able to create, pursue their interests, interact with peers and additional objects they may not experience otherwise. When there is caregiver/teacher guidance and support, additional learning experiences can be brought to the children in a context that interests them the most. For example, a teacher carefully sets up a pretend grocery store for the children. Several of the Michigan Standards for Pre-K can be accomplished through one play interaction including nutrition education, social interactions, pre-reading skills, writing skills, number operations, and many more.

At a time when play is under attack, preschool teachers need to be informed of and stand up for the benefits of play including pretend play. The absence of play and hands on experiences leads to higher academic demands with no true improved outcomes. Play and playful experiences are important in school to provide developmentally appropriate learning for children.

What is your opinion on this new idea that pretend play may not be as crucial to as many aspects of development as previously thought?
Posted by Accelerate Center at 7:47 PM