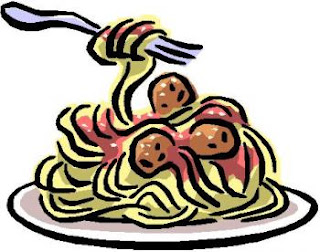 Consider the following statements: "Girls have long hair"; "Jews celebrate Passover"; "Italians love pasta." These statements make claims that we view as generally true of groups, even though we can easily call to mind exceptions (e.g., girls with short hair, Italians who dislike pasta, etc.). In linguistics these statements are called "generics." Generics are frequent, found in every language studied to date, and often appear harmless.
Nevertheless, recent research that Dr. Sarah-Jane Leslie (of Princeton University) and I conducted, published in the Proceedings of the National Academy of Sciences, suggests that generics play a troubling role in child development. In our first two studies, we showed 4-year-old children pictures of a fictional group of people, which we called "Zarpies." The group of Zarpies was diverse for sex (half were male, half female), race (equal numbers of white, African-American, Latino, and Asian characters), and age (including children, young adults, and elderly people).
Children were shown Zarpies one at a time. As they saw each new Zarpie, some of the children heard generic sentences (e.g., "Look at this Zarpie! Zarpies are scared of ladybugs"), while others heard non-generic sentences (e.g., "Look at this Zarpie! This Zarpie is scared of ladybugs"). A few days later, we examined what children in the two groups thought about Zarpies.
Hearing generic sentences had striking effects on children's beliefs. First, several days later, children who had previously heard generics more often assumed that Zarpies would share new traits. For example, we told them a new trait of a particular new Zarpie (e.g., "This Zarpie makes a buzzing sound"). Children who had previously heard generics were more likely to assume that other Zarpies, even those that differed in sex, race, and age, would share the new traits (e.g., would also make buzzing sounds).
What does this mean? We believe that the previously heard generics prepared children to develop new stereotypes about Zarpies. In this way, hearing seemingly harmless generic statements about girls, for example (e.g., "Girls have long hair") may prepare children to develop other, more problematic stereotypes about them (e.g., the belief that if one girl dislikes math, other girls will dislike it, too).
Second, the children who previously heard generics were more likely to view Zarpie traits as inborn and inevitable. To test this, several days after children learned about Zarpies via either generic or non-generic language, we told them stories in which a baby was born to Zarpie parents but grew up with non-Zarpie parents.
Children who had previously heard generics were more likely to assume that the baby would still grow up to have Zarpie traits (e.g., being scared of, instead of liking, ladybugs). Children saw developing these traits as an inevitable consequence of being born a Zarpie. This shows that generics can lead children to view stereotypes as inevitable and natural -- to believe, for example, that girls will always dislike math, regardless of the environment they grow up in.
Seemingly innocuous generic sentences, including sentences such as "girls have long hair" or "Italians love pasta," not only communicate specific facts (about hair and pasta) but also prepare children to develop more stereotypes.
In a third study, we examined the circumstances under which parents produce generics when talking to their children. For this study, we first introduced parents to the Zarpies, in one of two ways: We told some parents that Zarpies are very different from other people, but other parents that Zarpies are very similar to other people. We then gave parents a book of pictures of individual Zarpies, with no text, and asked them to talk about the pictures with their children.
Parents who had been told that Zarpies were very different from other people produced more generics when talking to their children. For example, upon seeing a Zarpie sleeping in a hammock in a tree, parents who had been told that Zarpies were different from other people produced more generics (e.g., "Zarpies sleep in trees"). These sentences were very rare in the group of parents who had been told that Zarpies were similar to other people (instead, they said things like, "He is sleeping in a tree").
What do all these findings mean? We believe that when parents view a group of people as very different from others, they are more likely to produce generics to talk about the group with their children. Hearing these generics then prepares children to develop stereotypes about those groups. In this way, parents may unknowingly transmit tendencies toward stereotyping particular groups to their children via generic language.
These findings do not show that generic language creates social stereotyping. Thinking of people in terms of group memberships is a pervasive component of human psychology. However, these findings do show that our language can influence whether children develop tendencies to stereotype certain groups. For example, hearing less generic language about gender, race, or religion should help reduce tendencies toward forming stereotypes based on those categories.

Do you have any personal experience with development of stereotypes in your children? Do you do anything to help prevent this development?


Also, don't forget to 'like' our facebook page for a chance to win a free massage!: http://bit.ly/OXrZLF
Posted by Accelerate Center at 11:46 AM