Spatial Knowledge Vs. Spatial Choice: The Hippocampus as Conflict Detector? 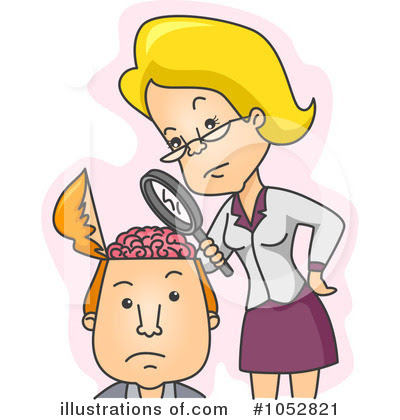 Hippocampal NMDA receptors in the brain help to make the right decision when faced with complex orientation problems.

Synapses are modified through learning. Up until now, scientists believed that a particular form of synaptic plasticity in the brain's hippocampus was responsible for learning spatial relations. This was based on a receptor type for the neurotransmitter glutamate: the NMDA receptor. Researchers at the Max Planck Institute for Medical Research in Heidelberg and Oxford University have now observed that mice develop a spatial memory, even when the NMDA receptor-transmitted plasticity is switched off in parts of their hippocampus. However, if these mice have to resolve a conflict while getting their bearings, they are not successful in resolving it; the hippocampal NMDA receptors are clearly needed to detect or resolve the conflict. This has led the researchers involved in this experiment to refute a central tenet of neuroscience regarding the function of hippocampal NMDA receptor-transmitted plasticity in spatial learning.
The hippocampus is part of the forebrain and processes a large amount of information from various parts of the brain. Incoming signals are transmitted by granule cells in the dentate gyrus to pyramid cells in the CA3 region and from these to pyramid cells in the CA1 region. NMDA receptors can optimise or weaken the transmission efficiency of the neurotransmitter glutamate at the synapses involved at the signal flow. It has long been speculated that this form of synaptic plasticity is needed when learning about spatial associations. Rolf Sprengel and Peter H. Seeburg from the Max Planck Institute for Medical Research worked with colleagues from Oxford and Oslo to refute this theory.
The scientists studied genetically modified mice lacking NMDA receptors in dentate gyrus granule cells and pyramid cells in the CA1 region. They were thus able to observe for the first time ever what happens when NMDA receptor-dependent plasticity is switched off almost exclusively at these synapses in the hippocampus. They analysed the learning behaviour of the mice and noted that learning capacity depended on the experimental setup. In a standard swimming test (the so called Morris Water Maze), the spatial memory of the genetically modified animals was just as good as the spatial memory of the normal controls. In this test, the animals had to learn the location of an escape platform placed just under the surface of water in a pool of milky water using external cues and had to find the hidden platform after a few attempts.
In a second spatial orientation test in which the animals could find food in three of six identical arms of a "six arm dry maze," the mice lacking NMDA receptors in the dentate gyrus and CA1 region of the hippocampus repeatedly visited arms without food, while, after a number of attempts, the controls -- as in the case of the swimming test -- used markings outside of the maze to enter the three arms where there was food.
Although both tests demand spatial learning, the genetically modified animals performed worse only in the maze arm than the controls, apparently irritated by the fact that arms were rewarded or not rewarded with food. David Bannerman from Oxford therefore designed a second swimming test. In this test, the location of the hidden platform was marked with a beacon. A second identical, beacon was placed at another location in the pool as a decoy -- there was no platform under the water at this second location. The mice had to learn that only the spatial orientation and not the location of the beacons -- like the visually identical arms in the maze -- was crucial for finding the platform that would allow them to escape. As the beacons were used by the animals with a preference for hippocampus-independent orientation, it was also difficult for the controls to unerringly find the hidden platform after numerous trials. Mice lacking the NMDA receptors in the dentate gyrus and the CA1 region could not resolve this problem. If both beacons were removed or the shape of the decoy beacons was modified, all the animals quickly selected the location of the invisible platform.
"This clearly shows that, after a number of runs, even our genetically modified mice know the exact location of the hidden escape platform or can purposefully get their bearings in the swimming pool when searching for various beacons. Our mice therefore have no learning or memory problems in either of the two tasks. If, however, the tasks are temporally superimposed and if the location of identical beacons in the swimming pool does not have to be evaluated as distinct items of information, our mice are not capable of making the right decision to resolve the problem," says Rolf Sprengel.
The NMDA receptors in the CA1 region of the hippocampus therefore seem to perform a conflict detection or decision-making role in the event of conflicts.
This is an extremely surprising result. It runs contrary to a textbook tenet that has prevailed for more than 15 years, namely that NMDA receptors in the CA1 region of the hippocampus are needed to develop spatial memory. "Thanks to Rolf Sprengel's new complex genetic technique of switching off the NMDA receptors only in specific parts of the hippocampus in adult mice and to David Bannerman's intelligently linked behavioural experiments, we now know that NMDA receptors in other parts of the brain are probably responsible for learning spatial relations," explains Peter H. Seeburg. The researchers assume, therefore, that hippocampal NMDA receptors are also significant in other non-spat