Organic Food Not Any Better Than Conventional for Kids, Pediatricians Say 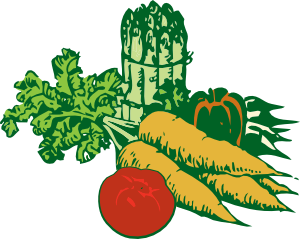 If you’re buying organic foods for your kids because you think they’re more nutritious, you might want to think again. The nation’s pediatricians have weighed in on the issue for the first time, and they say that when it comes to nutritional value, organics are virtually indistinguishable from conventionally produced foods.

“Pretty much every study shows no nutritional difference,” said Dr. Janet Silverstein, a professor of pediatric endocrinology at the University of Florida. She’s a co-author of the report published Monday by the American Academy of Pediatrics.

Silverstein and her colleagues reviewed the available studies on organic and conventionally produced foods, including produce, dairy products and meat. They considered research about issues including nutrition, hormones, antibiotics and synthetic chemical exposure, plus factors such as environmental impact and price.

Overall, the docs came to a conclusion that may surprise some parents who believe organic is best for their kids

“In the long term, there is currently no direct evidence that consuming an organic diet leads to improved health or lower risk of disease,” AAP officials said in a statement.

No large studies been conducted that address the differences, they said. That largely echoes the findings of a Stanford University review last month that analyzed 237 studies and concluded that organic foods were no more nutritious than conventional -- and ignited huge debates online and on talk shows.

When it comes to the pesky issue of pesticides, hormones and other contaminants, the pediatricians came to a similar conclusion.

No one knows yet whether those substances make foods from conventional sources less safe for growing kids, Silverstein said.

While there’s no question that conventionally grown foods have more pesticides than organic foods, the effect isn’t certain.

“They are at low levels -- certainly lower than the federal government regulatory cutoffs and lower than is thought to be dangerous for adults,” Silverstein said. “However, we don’t know the effect of these low levels on children during the vulnerable period of time when brain growth is occurring: in utero and through the first few years of life.”

Studies evaluating the long-term effects of pesticides on child development need to be conducted, she said.

“Until we know the answer to that question, we can’t really give people good advice other than to let them know what is known and what still needs to be studied,” she added.

One clear difference between organics and conventionally produced food is price. Organics are typically more expensive, in some cases priced 50 percent higher than the same conventionally grown foods.

Parents should recognize the importance of providing kids with lots of fruits and vegetables whether it comes from organic or conventional farms.

“If a parent has limited resources, the most important thing is to give the child a healthy diet and not to give fewer fruits and vegetables because they’re spending more on organic foods,” Silverstein said.

If cost is a factor, families can be selective in choosing organic foods, Silverstein said. Some conventionally grown fruits and vegetables tend to have lower pesticide residues. The AAP cites organic shopper's guides like those provided by Consumer Reports and the Environmental Working Group as references for consumers.

If moms interviewed by NBC News are typical, the new report isn’t likely to dissuade any parents from buying organic.

For Diana Lovett, 34, of Larchmont, N.Y., the most important issue was avoiding pesticides in the foods she gives her son, Noam, 4 ½ months.

“We started him on organic baby food and we’re really happy with it. I just wanted something healthy for my son and didn’t like the idea of pesticides in baby food,” she said.

Lovett says she’d make her own baby food if she couldn’t find an organic product at the supermarket. “If I could I would grow my own fruits and veggies,” Lovett said. “Organic just feels one step closer to that.”

Gigi Lee Chang, 45, of New York, has been feeding her son, Cato, mostly organic foods since he was a baby. Now that he’s 8, she’s planning on packing organic fruits and vegetables to supplement school lunches.

“I don’t think from a mom’s perspective it was ever about the nutrition,” said Chang, chief executive of Healthy Child, Healthy World, an advocacy group that works to help parents protect children from harmful chemicals.

As far as Chang is concerned, the science just hasn’t had a chance to catch up on this issue. Chang points to the situation with bisphenol A, the estrogen-mimicking chemical known as BPA. Several years ago there wasn’t enough evidence on the impact of BPA, she said. And now it’s been banned from baby bottles and sippy cups.

That makes sense to Rachel Blumenthal, 32, of New York. She chooses organic foods for 18-month-old Griffin’s meals because she’s worried about chemicals in conventional foods.

“It’s really more for long-term health concerns,” she said. “I just don’t want to take the chance. Years and years of cumulative exposure to pesticides can’t be good for anybody. My husband and I try to eat organic, too.”

Blumenthal figures it’s just a matter of time before scientists prove what she suspects.

“Just 20 or 30 years ago everyone was sunbathing,” she said. “Now we know it causes cancer. I anticipate that happening with all these pesticides.”

What is your stand in the organic food world? Do you still prefer to buy it for your family? Why or why not?
Posted by Accelerate Center at 8:21 PM